Ethiopian Prime Minister, Abiy Ahmed, told parliament on Tuesday that the ceasefire agreement between his government and forces in Tigray would be implemented ‘honestly’.

The two sides signed a further deal in Kenya on Saturday on the full implementation of the truce reached between the warring sides some 2 weeks ago in South Africa.

‘We took the first step. We have discussed, agreed, and signed. We must keep our word by making our promise to peace a reality,’ he said.

No gain from war

Abiy said there was no such thing as a good war or a bad peace, and that war was always bad even if you were winning.

The prime minister added that the agreement was necessary to ensure that peace in the northern Tigray region would be sustainable.

It is hoped it will bring an end to the brutal two-year conflict which has left thousands dead, millions displaced, and hundreds of thousands facing famine.

Almost two weeks since the signing of the ceasefire, international aid is yet to reach those in need in the region. Under the agreement signed on Saturday, both sides have pledged to allow aid workers into the region unhindered. 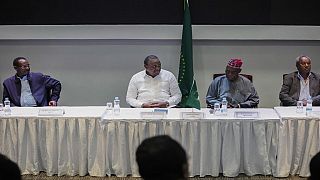 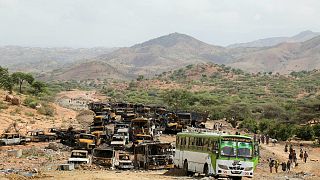