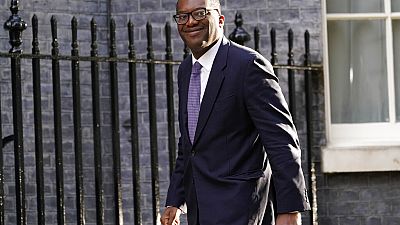 Three weeks after the presentation of the state budget, the British Minister of Finance is about to leave.

The British-born Ghanaian minister Kwasi Kwarteng announced his resignation on Friday in a letter to Prime Minister Liz Truss which he tweeted: "You asked me to step down as Chancellor of the Exchequer, I have accepted," he says in this letter.

however, at a hastily arranged news conference, Liz Truss said she was acting to “reassure the markets of our fiscal discipline.” Truss also fired Kwasi Kwarteng as Treasury chief, replacing him with the former Cabinet minister Jeremy Hunt.

Truss is trying to restore order after three weeks of turmoil sparked by the government’s tax-cutting “mini-budget.”

The Sept. 23 statement sent the pound plunging to record lows against the dollar and led the Bank of England to step in to prevent a wider economic crisis.

He thus becomes the UK's fourth finance minister in the space of a year.

Travelling to Washington, the Minister of Finance cut short his stay to return to London this Friday. Liz Truss held meetings on Thursday afternoon in Downing Street to discuss the tax cuts announced on September 23.

“Your optimistic vision, in favour of growth, and change was the right one. As I have said many times in recent weeks, it was simply not possible to continue the status quo,” Kwasi Kwarteng wrote in his letter.

He acknowledges that “it is important now to turn the page to emphasize your government's commitment to fiscal discipline. »

Asked the day before at the IMF meeting in Washington, Kwasi Kwarteng had remained evasive about a possible change in fiscal direction. But he had ruled out resigning. "I'm not going anywhere else," he replied. 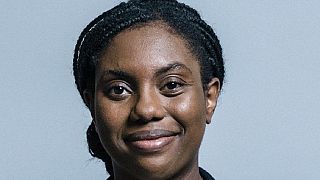