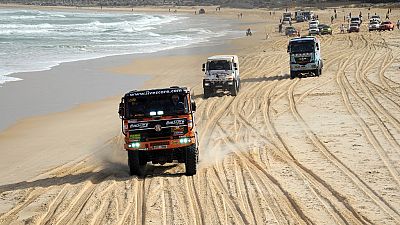 The Sahrawi pro-independence Polisario Front reminded on Sunday the organizers of the Africa Eco Race car rally that the whole Sahrawi territory is "a war zone" and warned them against the consequences of the passage of this race.

The organizers of the rally announced that the 2022 edition scheduled from October 15 to 30 would cross the disputed territory of Western Sahara.

The Sahrawis invited them, in a statement published by the Sahrawi news agency SPS, to "refrain" from "violating international legality.

The issue of Western Sahara, a former Spanish colony considered a "non-self-governing territory" by the UN, has been opposed for decades by Morocco to the Polisario Front, supported by Algiers.

Rabat, which controls nearly 80% of the territory, is proposing an autonomy plan under its sovereignty. The Polisario is calling for a referendum on self-determination under the aegis of the United Nations, which was planned when a ceasefire was signed in 1991 but never carried out.

"The Sahrawi Arab Republic (SADR, self-proclaimed by the Polisario, Editor's note) reserves the right to use all legal means and to respond firmly to any act aimed at undermining its sovereignty and territorial integrity," said a statement issued by SPS.

In mid-November 2020, the 29-year cease-fire shattered after Moroccan troops were deployed in the extreme south of the territory to dislodge pro-independence fighters who were blocking the only road to Mauritania, which they claim is illegal because it did not exist when the 1991 agreements were signed.

Since then, the Polisario claims to be "in a state of self-defense war" and has declared "a war zone throughout the territory of the Sahrawi Republic, including its land, sea and air spaces.

This is the same route that the rally should take.

The SADR added that it "holds the Moroccan occupation state fully responsible for the consequences that could arise from its continued provocations.

The Polisario said in the statement that these "continued provocations" could "jeopardize, in a dangerous way, not only the prospects for the revival of the UN peace process already at a standstill, but also peace and security in the entire region.

This announcement comes a week after the visit of the UN envoy for Western Sahara, Staffan de Mistura, during which he met with the leader of the Polisario Front, Brahim Ghali, in Tindouf, Algeria, as part of his second regional tour. 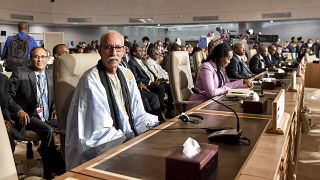