Ethiopia's Tigray rebels said Sunday they would accept a peace process with the federal authorities led by the African Union.

The rebels, from the Tigray People's Liberation Front (TPLF), a party that ruled Ethiopia for nearly three decades until 2018, decries the "closeness" of the AU mediator, Nigerian Olusegun Obasanjo, to Ethiopian Prime Minister Abiy Ahmed.

"Furthermore, we are ready to abide by an immediate and mutually agreed cessation of hostilities in order to create a conducive atmosphere", the statement read.

The Ethiopian government has previously said it was ready for unconditional talks "anytime, anywhere," brokered by the Addis Ababa-headquartered AU and set up a 7-member peace committee that drew a "proposal" to start ceasefire talks with the rebels and end the war in the northern region.

The A.U and the Ethiopian minister for peace, Taye Dendea, welcomed the development. The statesman however insisted on Twitter Sunday: the TPLF troops " must be disarmed before peace talks start".

After almost two years of war in the northern region, millions of people have been displaced and thousands killed.

WHO chief Tedros Adhanom Ghebreyesus, who is from the restive region, on Wednesday described the "man-made catastrophe" there as the "worst disaster on Earth" and slammed global leaders for overlooking the humanitarian crisis. 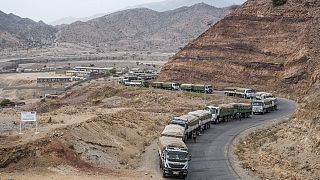