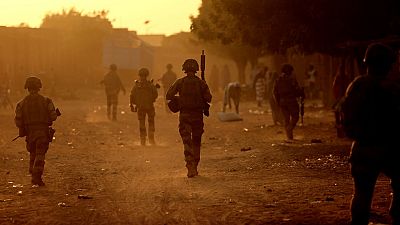 The United Nations said on Wednesday that at least 50 civilians were killed in an operation by Malian soldiers accompanied by "foreign military personnel" in April. This is out of a total of 96 civilians killed during the second quarter of the year in army operations.

On April 19 in the central town of Hombori, after an improvised explosive device detonated as a Malian convoy passed by, Malian forces, accompanied by "foreign military personnel, conducted a military sweep in the locality during which at least 50 civilians (including a woman and a child) were killed and more than 500 others arrested," UNMIS said in its quarterly note on human rights violations.

UNMISMA did not provide any details about these foreign fighters. Several Western countries accuse the junta in power in Bamako since 2020 of having hired the services of the controversial Russian security company Wagner. The junta denies this and speaks of the presence of Russian army instructors in the name of long-standing military cooperation.

Since 2021, the Malian military has completely turned away from the former French ally, which has just completed its military withdrawal from Mali after nine years of involvement.

The Minusma document also gives a version favorable to France of a case of corpses in which Bamako has accused Paris of manipulation.

The French army said in April that it had filmed and released images of what it claimed were Russian mercenaries burying bodies near the northern base of Gossi, from which the French army had recently withdrawn. The purpose was to accuse the French of leaving a mass grave behind.

Malian authorities accused the French of fabricating these images "in order to accuse (Malian soldiers) of being the perpetrators of civilian killings.

Minusma said it had opened an investigation. It said the bodies buried at Gossi were transported to the site on April 20, the day after the French handed over the Gossi camp to the Malians, and "came from Hombori.