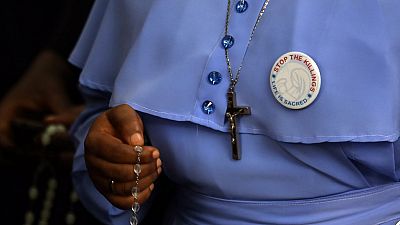 A group of armed men abducted four Catholic nuns in Imo state, in southeastern Nigeria, where kidnappings for ransom are rife, police said on Monday.

Imo police spokesman Michael Abattam told AFP the nuns were abducted on Sunday (August 21) near the town of Okigwe on their way to mass.

"We are on the trail of the kidnappers in order to free the victims," he added.

No group has so far claimed responsibility for the kidnapping.

Kidnappings are common in Africa's most populous country, which has been hit by a severe economic crisis and is plagued by widespread crime.

While some hostages are killed, most are released after a ransom is paid.

In recent months, the clergy has been increasingly targeted by criminals, not for religious or ideological reasons, but rather because the Church is perceived to have the capacity to mobilise the faithful to pay ransoms.

South-eastern Nigeria is also experiencing an upsurge in violence attributed to the Independent Movement for the Indigenous Peoples of Biafra (Ipob).

The Ipob, which is seeking a separate state for the Igbo ethnic group, has repeatedly denied responsibility for the violence in the region.