Angola has entered the final stretch of the electoral campaign, in the upcoming general elections on the 24th of August.

The outgoing president, João Lourenço of the Popular Movement for the Liberation of Angola (MPLA), a party that has been in power for 47 years, is seeking to renew his first term.

His main opponent is Adalberto da Costa Junior, head of the UNITA party.

A total of 8 candidates are seeking the country's top job.

To many Angolans, this election is a defining moment that will shape the history of the southwestern African country.

"I think elections are for the people to be able to choose the one who can represent them, right? And that's about democracy," another voter commented.

"We've seen that new candidates have emerged that in another year didn't exist, and with new candidates coming in this will allow for new policies as well. Let us look at an old country, right? An old Angola, or current Angola, and let's see where we actually want to go. Because this here is what we care about, where are we walking," another voter said. 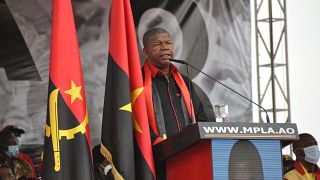