The family of former Angolan President José Edouardo dos Santos has agreed on the place of his burial.

The Dos Santos children have agreed that their father will be buried in Luanda, Angola, but only after the general elections on August 24.

Since the death of the former Angolan president on July 8, the family had been arguing with the Angolan authorities who wanted a burial to be held in the country so that the people could pay tribute to him.

The dos Santos children refused this request, fearing an attempt at political recuperation in the run-up to the elections. In addition, their father confided to them his desire to be buried in Spain, where he was treated before his death.

José Eduardo dos Santos, who died at the age of 79, made history after serving as Angola's president for 38 years until 2017.

In a letter written by the dos Santos children addressed to the current Angolan leader Joao Lourenço, the family expressed deep gratitude to the Angolan people" while asking for the respect of African traditions that impose the respect of a time of mourning. They also asked not to be targeted after the funeral.

Made public on Tuesday, the letter, signed by Isabel, José Filomeno Zenú, Welwitschia Tchizé, Joess and José Eduardo Paulino Coreon Dú, adds the children's wish for a mausoleum to house their father's remains.

The letter, intended to organize the national funeral of José Eduardo dos Santos, also allowed the children to ask that they not be targeted after the funeral.

Some of them having left Angola like their father after the new government of Joao Lourenço opened investigations for corruption on how they amassed wealth. 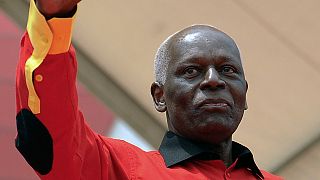