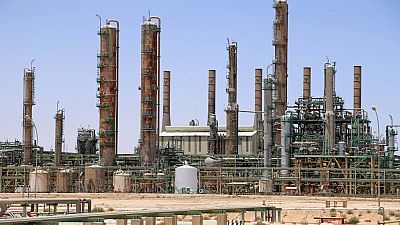 The Libyan National Oil Company (NOC) has resumed crude exports from two terminals, three months after the start of an oil blockade amid the political crisis.

In a statement on Wednesday, July 13, the NOC said the "state of force majeure on the Marsa Brega and Zouetina terminals" in the northeast of the country had been lifted. "The tanker Ebla is on its way to load hydrocarbons," it added.

Invoked in exceptional circumstances, the state of "force majeure" allows the NOC to be exonerated from responsibility in the event of non-compliance with oil delivery contracts.

At the end of June, the NOC had lamented losses of more than 3.5 billion dollars due to forced closures since mid-April of major oil sites, including Marsa Brega and Zouetina, declaring a state of force majeure for some of them.

"In the last few days, contacts with the guards of the oil installations and the chairman of the energy committee in parliament have led to the conviction that it is necessary to resume the export of hydrocarbons," NOC boss Mustafa Sanalla was quoted as saying in the statement.

Plunged into chaos since the fall of Muammar Gaddafi's regime in 2011 and plagued by divisions between east and west, Libya, which has the most abundant reserves in Africa, is in the grip of a serious institutional crisis.

Two governments have been fighting for power since March: one based in Tripoli and led by Abdelhamid Dbeibah since 2021 and another led by Fathi Bachagha and supported by the camp of Marshal Khalifa Haftar, the strongman of the east.

Six oil fields and terminals were forcibly closed in mid-April by groups close to the eastern camp, demanding the transfer of power to Mr Bachagha.

The key energy sector is also the subject of a quarrel between the head of the NOC, the interlocutor of choice for foreign partners, and the Minister of Oil and Gas of the Dbeibah government, Mohamad Aoun.

For months, Mr Aoun has tried unsuccessfully to sack Mr Sanalla. On Wednesday, local media reported that he had been replaced by banker Farhat Bengdara, citing a decree signed by Mr Dbeibah. The information was not confirmed by official sources. 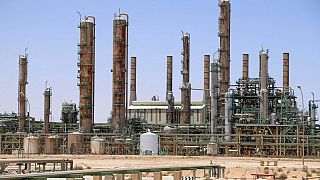