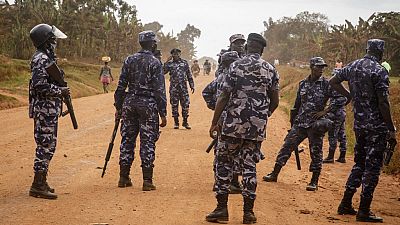 The Ugandan police on Monday arrested at least a dozen protesters against the rising cost of living in Jinja, in south-eastern Uganda.

"Eight of the leaders were arrested and will be charged with inciting violence on Tuesday, police spokesman James Mumbi told AFP.

Witnesses said the protesters burned tyres and blocked a busy road in Jinja, about 80km east of Kampala, and forced motorists to join them in demanding that the government subsidise basic food items.

The officers "had to use minimum force, including tear gas, to disperse the protesters," Mumbi said.

"We of course support this kind of protest. The government must act. People are going to bed at night hungry," Solomon Wandibwa, a 28-year-old parts seller, told AFP.

Hard hit by the Covid-19 pandemic, Uganda's economy of 45 million people is now suffering the consequences of the war in Ukraine, which has pushed up energy and food prices worldwide.

According to the latest official statistics, the inflation rate for food products reached 13.1% year on year in May.

The price of petrol has doubled since February, and slightly more in some remote areas of the country.

So far, President Yoweri Museveni, who has been in power since 1986, has preferred to call on his fellow citizens to live frugally rather than lowering taxes and increasing state aid for the most vulnerable, as many voices have called for.

In June, an opposition politician and former presidential candidate Kizza Besigye was jailed and charged with inciting violence for the second time in a month, according to his lawyer, after leading several protests against the rising cost of living.