Paul Pogba is officially back in Turin, six years after leaving Juventus,

The French midfielder returns to the Italian giant where he spent the best years of his club career. As the club said in a statement, he is back with world champion status and will now want to make up for another failed return to his former club Manchester United.

Angel Di Maria, who was introduced by Juventus on Monday, is not shying away from the idea of teaming up with the Frenchman

"I was aware of the rumours about Paul's arrival. I knew that the team would rely on players of this quality to coach very good youngsters. His arrival is one of the reasons why I decided to join the club, to make sure we start winning trophies again."

This summer, Pogba took the opportunity to relax in his parents' country, Guinea-Conakry, where he was given a warm welcome at a charity match.

He then headed to Florida and Miami to maintain his physical condition. 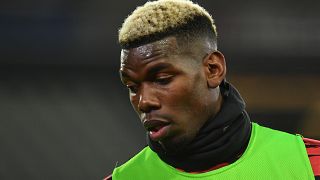