Midfielder Paul Pogba received a hero’s welcome on Tuesday. The French player landed in Conakry. On the first day of his visit, his words were words of encouragement for Guinea, his parents’ country: "We only want peace, respect and progress. We also want Africa to be like Europe, moving forward because we also have this wealth, we have a lot of love and joy. That’s why we also want to move forward. So peace, peace, peace is needed."

Large crowds gathered to greet the player with some holding posters featuring Pogba and his mother. If the football star landed in the capital, some made a long journey through Guinea's south to have the chance to get a glimpse Paul Pogba.

"Pela is the birth village of Paul Pogba's father, so it is the village of Paul Pogba, it is the village of his ancestors, Cécé Pela Haba, the mayor of the rural town of Pela That's why we made this trip. The population of Pela is here with the folk groups, we are the ones who made all these people come here to receive their son. Because when your son is a global star, you can be proud of him, you have to be present, that's why we are here. As a local authority, I am here to express my joy."

During his stay, Pogba will feature in a charity match for Guinea and will reportedly meet government officials and sports associations. The 2018 French World cup champion is expected to leave Manchester United at the end of his contract and speculations have him returning to Italy to play with Juventus. 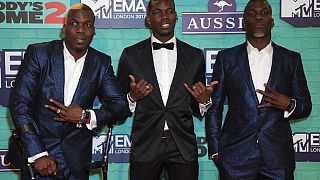 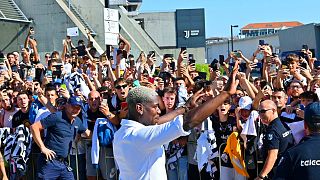 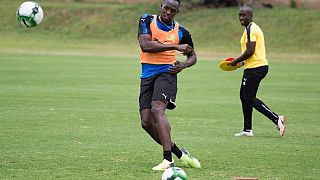