Angola's capital, Luanda, hosts on Wednesday an attempt at mediation between the presidents of the Democratic Republic of Congo (DRC) and neighbouring Rwanda.

The meeting takes place against a background of tensions between the two countries.

Angolan President, Joao Lourenço, will receive his counterparts Felix Tshisekedi and Paul Kagame as relations between the two countries have been deteriorating for several weeks amid the resurgence of the M23 rebel movement and the intensification of fighting in eastern DRC.

Kinshasa accuses Kigali of supporting the rebels, a claim denied by the Rwandan authorities.

Defeated in 2013, the M23 Tutsi-dominated movement took up arms again at the end of last year, blaming the Congolese authorities for not respecting an agreement for the demobilisation and reintegration of its fighters.

In May and June, M23 attacks caused the death of several dozen civilians.

More than 170,000 people were displaced to neighbouring Uganda.

Last month, East African leaders agreed to set up a regional force to try to end the conflict. 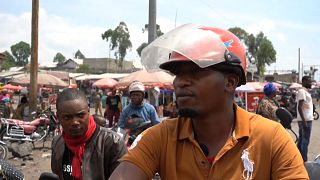