South Africa's constitution provides that the President may suspend the Public Protector (or any member of a Chapter 9 institution) “at any time after the start of proceedings by a committee of the National Assembly for [their] removal”.

Her suspension comes after she confirmed on Monday that she would investigate Ramaphosa for allegedly breaching the executive code of ethics relating to alleged criminal activities at his farm.

Fraser wrote in a statement circulated on social media that he had laid a charge of defeating the ends of justice and kidnapping suspects who were allegedly interrogated.

Ramaphosa has admitted that there was a robbery at his Phala Phala farm but dismissed claims that he had done anything wrong. 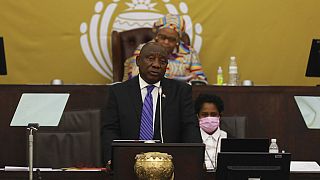