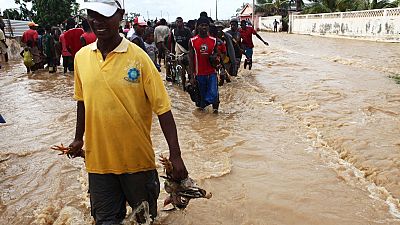 Tropical storms and successive cyclones in Madagascar have claimed at least 214 lives and affected more than half a million people since the start of the year, the United Nations said on Tuesday, May 31.

"Six tropical weather events hit Madagascar between January and April, killing at least 214 people and affecting an estimated 571,100 in the country," the UN Office for the Coordination of Humanitarian Affairs said in a statement.

The cyclone season in southern Africa usually runs between October / November and April.

In January, tropical storm Ana caused heavy rains and flooding on the Indian Ocean island. Fifty-five people were killed and about 131,500 affected, mainly in the centre and north.

In February, cyclones Batsirai and Emnati hit the east coast in quick succession. Thousands of houses were destroyed and crops devastated, increasing food insecurity in the region. Some 136 people died and 423,800 were affected.

Finally, at the beginning of March, storm Gombe did not cause any significant damage, but the moderate tropical storm Jasmine that followed at the end of April killed five people and affected more than 4,800.

At the same time, the situation in a large area of the south affected by severe drought remained critical. More than 61% of the region remained affected by extreme drought at the end of February, according to UNICEF, which was quoted in the statement.

"Food insecurity and malnutrition improved during the first quarter of 2022," coinciding with the lean season, the UN said. However, conditions remain fragile with cases of acute malnutrition. 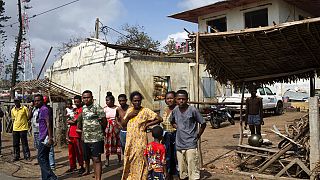