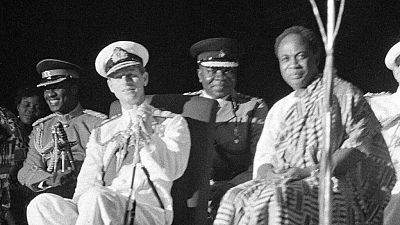 general Secretary of the party, Nana Yaa Jantua claims that the freedom fighter was not given a befitting burial hence the decision for the reburial which has been planned for November this year.

The party also added that “in no time, the CPP will bring out the timetable of activities that will culminate in the actual funeral and will also inaugurate a funeral committee in due course.”

The CPP reiterated its demand for the government to return assets seized from Dr. Kwame Nkrumah after he was overthrown in 1966.

Private media house, Joy news has this video from the visit.

Nkrumah to get a befitting funeral after 50 years in the grave: 'Dr. Kwame Nkrumah Did Not Receive a Befitting Burial' - CPP General Secretary. #JoyNews pic.twitter.com/08jc9T7Ic9

Dr. Nkrumah was overthrown by a coup led by Col. Emmanuel Kwasi Kotoka on February 24, 1966. He was out of the country when his administration was ousted. Dr Kwame Nkrumah was also the country’s first Prime Minister. 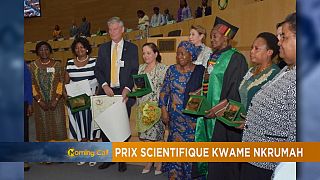