As DR Congo joins the East African Community, residents wonder if it is for the best

The EAC heads of state approved the Democratic Republic of Congo membership into the community on Tuesday. In Africa's second largest country however, the move has raised concerned about the profitability and its impact on the Congolese economy.

It is now official. The Democratic Republic of Congo became, on Tuesday, the 7th member state of the East African Community.

Congelese president Tshisekedi lauded the organization when giving a speech at the virtual summit meeting: "I have always considered the East African community was the best compared to other sub-regional economic blocs in Africa, in terms of free movement of people and goods, infrastructure integration and trade."

Félix Tshisekedi also suggested the creation of a new body within the organisation that will be responsible for the environment, natural resources and mining.

If other Congolese were enthusiastic about this brand new membership, some doubt the relevance of their country's contribution and wonder how this membership could be profitable to the DRC. Espoir Ngalukiye is one of them. "If it is a matter of what the DRC can bring to the table, this is where the problem lies. There are many questions, fears and concerns, because we do not make many products that we could sell to other states in this community."

The Democratic Republic of Congo submitted its official application in 2019 hoping to boost trade and strengthen political ties with neighbors. However, some experts fear the country might be doing so at the expense of its security: "I believe we are exposed in terms of security because we’re now part of an organization that also has states that been hostile, Stewart Muhindo analyses. Economically we are very weak. Our economic environment is not good enough and that risks making us a market for other states to sell off their products."

The EAC combined GPD in 2019 was of 193 billion dollars. Will the DRC admission be an opportunity or burden? Only time can tell. 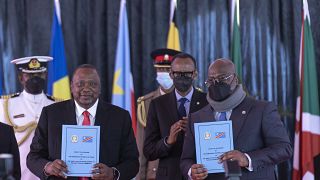 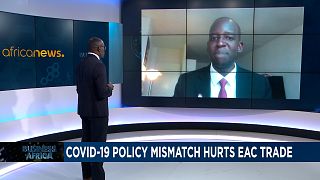 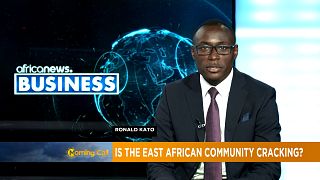