The daily life of Guinean women goes on display in Bissau

The daily life of women in Guinea is the focus of a new exhibition at the Portuguese Cultural Center in Bissau.

The 30-year-old Guinean explained that the exhibition aims at "countering the wrong way" in which women are portrayed in the country and are labelled "as lazy or dependent on men".

Nuno said he has witnessed "the courage" of the Guinean woman based on the example of his own mother.

"I am the son of a single mother, that is, a widow. My father died very young. I was raised by my mother and stepmother. Our house is almost glued to the market of Plubá, Feira da Cabaceira."

"I can see there what effort women make daily to support their family," said the artist.

"For me, the woman is everything", he explained when asked why he created the 30 paintings only of women.

In the paintings, you can see portraits of women's daily lives, from policewoman to woman carrying food on her head, or with a child on her lap or on her back, and even girls carrying out domestic chores.

Accompanying the exhibition at the Centro Cultural Português was musician Eric Daró who performed songs related to love and women.

Sociologist Cadija Mané, said that Nuno had "managed to capture the difficulties of the Guinean woman".

Young took 12 months to produce the paintings which he created with materials acquired in Guinea-Bissau and Senegal, a country where he learned to paint "with great masters" without ever having attended a school of Fine Arts.

The director of the Centro Cultural de Bissau, António Nunes, said "it is important" that the young Guinean artist chose women as the theme of his first exhibition, in which "he sought to reach, in a transversal way, the whole of society".

"The issue of women is something that came from him. He decided to do it this way. It is a very strong tribute to his mother, to his mother's effort to educate him and his family", said Nunes. 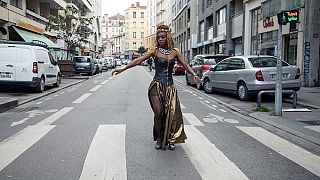 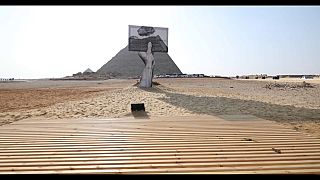