A coalition of Burkina Faso civil society organisations, composed of more than 72 members, held a rally to call for the termination of military cooperation with France.

The coalition called on the new Burkina Faso authorities to end French military cooperation in favor of Russian support to curb terrorism.

"We contest the installations of foreign armed forces that no longer deserve our trust on our soil. We demand the cancellation of the colonial agreements that have kept us in stalemate for years," said Soumaila Nana, Secretary-General, a coalition of over 72 pan-Africanist CSOs.

"For years, France, our colonizer, has been here in Burkina Faso believing that it is fighting to defend our interests, but it is the opposite. France is in Burkina Faso plundering our wealth and also creating terrorism by supplying arms to the terrorists and it is these same terrorists who are fighting our soldiers on the frontline," said Lassané Sawadogo, Coordinator, Homeland Defence Front.

In recent months, Russia has been making inroads to several African countries through its private security firm Wagner with an aim of stabilizing security in the rebel and jihadist hit nations like the Central African Republic and Mali.

"But we take into account Russia because, in the whole world, it is Russia that has worked positively to remove the terrorist hydra in Syria, Venezuela, Central African Republic and neighboring Mali where we see positive progress," said Ousmane Ouedraogo, Deputy Secretary-General, CSO coalition.

The "Faso Lagam Taaba Zaka" coalition, which brings together several civil society organizations, according to its leaders, was created in the aftermath of the January 24 coup against President Roch Marc Christian Kaboré. 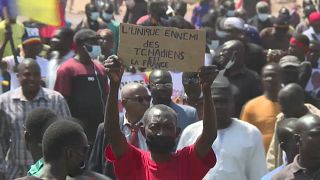 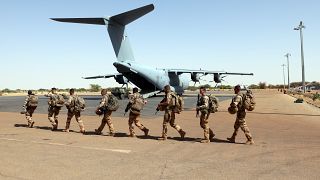