At least 95 people were injured in a collusion between two passenger trains on Monday morning in the south of the Tunisian capital.

With no fatalities reported, the injured were rushed to various hospitals for treatment. Most of the injured suffered fractures or bruises or are in a state of shock but none of them is in a life-threatening situation.

According to the civil defense spokesman, Moez Triaa, one of the trains involved in the accident that occurred in the morning at Jbel Jelloud carried passengers while the second one was empty.

About 15 ambulances and other emergency vehicles were mobilized to the scene of the accident.

The collision between the two trains of the National Company of Tunisian Railways (SNCFT) took place around 09:30 local (08:30 GMT) minutes before the scheduled arrival of two commuter trains heading to Tunis' central station. However, the cause of the accident was not immediately established.

An AFP correspondent on the scene saw the front of the driver's cab of one of the trains partially ripped open.

With Tunisia’s aging railway system, at least five people were killed and more than 50 injured in 2016, when a train slammed into a public bus before dawn near the site of Monday’s crash.

In the previous year, Tunisia experienced one of the worst rail tragedies in its recent history in June 2015, when 18 people died in an accident between a train and a truck in El Fahes, some 60 km south of Tunis. The collision was due to a signal failure at the level crossing. 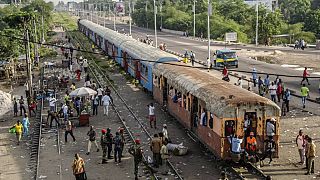 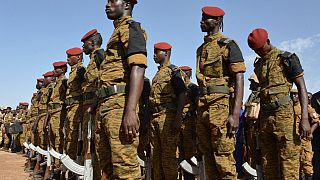