Nouran Gohar beat her Egyptian counterpart Nour El Sherbini who was forced to retire in the final of the Black Ball Open in Cairo on Thiursday.

Gohar was leading by two games and had taken the first two points of the third game when she called it a day after receiving treatment on a hip injury.

Gohar now will take over as world number one from El Sherbini when the new rankings are released in April. 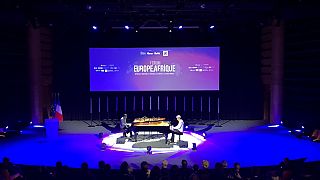