Master, is the latest release in a string of horror movies exploring the reality of racism in the United States.

Telling a story from a different vantage point is one the things that got award-winning actress Regina Hall, on this project.

"I think that's the genius of storytelling, you know, it's not to change the reality, it's not to make a fake Ivy League institution that's like all Black, Hall says. It's to take a real institution and show the experience of that institution through the lens of the first Black master and a Black student with so much hope. You know, the fact that we're Black is, it's not coincidental - it's important - but it's also just really honest in the integrity of the work and the storytelling and the filmmaking. And it's not this kind of, these kind of archetypes or these tropes that we're so used to seeing on television. It's seeing like, you know, pretty ambitious, intelligent women and there's a struggle there."

In the movie, young actress Zoe Renee is Jasmine Moore, a freshman whose dorm is rumoured to be haunted. The residence hall dean Gail Bishop is played by Regina Hall who finds herself entangled in the issue.

The film director has drawn from different experiences to write the storyline: "To do justice and service to that experience to myself, and to my younger self, my high school-self going into college and to do justice to Zoe and Zoe's own experience and Regina - to all of us -, Mariama Diallo says**, I just really, really did feel it was important to me to get the details and to not sensationalize or underplay. But just try to be honest.**"

The movie will premiere in selected theatres on March 18 and is released by Amazon studios. It has already been nominated at the 2022 Sundace Film Festival. 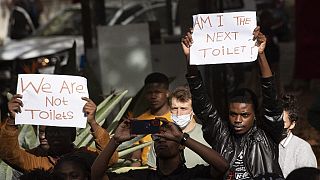 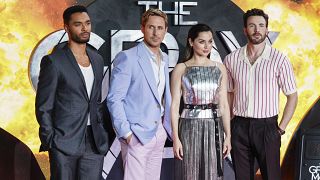