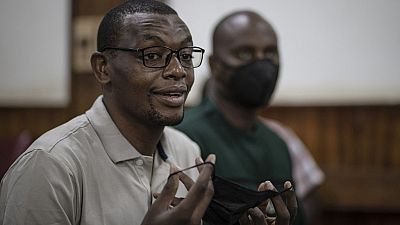 The Ugandan writer Kakwenza Rukirabashaija, who was prosecuted in Uganda for insulting President Yoweri Museveni and his son, has arrived in Germany for medical treatment after being "tortured" in detention.

Rukirabashaija, who fled the country illegally on 9 February, "arrived in Germany this morning," his lawyer Eron Kiiza told AFP on Wednesday.

"It's a great relief. He can now start taking medicine for the treatment of injuries (inflicted) under torture," he added.

Kakwenza Rukirabashaija was arrested on 28 December and charged with "offensive communication" against President Yoweri Museveni and his son, General Muhoozi Kainerugaba, in a series of tweets.

Released on bail on 26 January, the 33-year-old writer fled the country illegally on 8 February, after he was released on January 26.

He says he left Uganda to seek treatment for injuries sustained in detention, during which he says he was tortured and possibly poisoned.

"I was injected with an unknown substance six times every six hours and made to take 17 tablets. I don't know if I was poisoned. I don't feel well," he made these claims in an earlier interview with AFP the day after he left Uganda.

"I have been diagnosed with kidney damage, bruised ribs and post-traumatic stress disorder. I need medical attention outside Uganda," he added.

According to his lawyer, the UN refugee agency, UNHCR, facilitated his arrival in Germany from that third country.

Kakwenza Rukirabashaija is a vocal critic of the government and in 2020 published "The Greedy Barbarian", a critically acclaimed satirical novel that describes an imaginary country plagued by corruption.

In 2021, he received the PEN Pinter Prize, awarded to an author persecuted for expressing his beliefs. 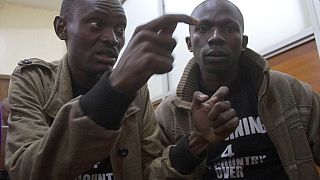 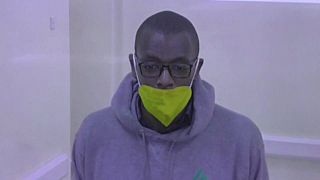