Cameroon hosted over the weekend the Director-General of the West African Health Organisation, the Regional Director of the United Nations Population Fund and the Commissioner for Gender, Human and Social Development, Economic Community of Central African States.

Supporting women so that they can choose the career path of their liking: this is one of the objectives of the Sahel Women Empowerment and Demographic Dividend Project (SWEDD).

If the initiative was first adopted by ECOWAS countries, a delegation visited Cameroon over the weekend to accompany more states as they try to conform to international standards on sexual and reproductive health and rights.

Argentina Matavel Piccin, the UNFPA Regional Director for West and Central Africa was pleased to see more countries join the project: "Through this SWEDD project, which supports the empowerment of women, we focus on the promotion of the enrolment of adolescents and young girls in school in order for them to be the empowered women of tomorrow. We also look at women's health issues. How can she be autonomous when she does not have access to contraceptives so that she can control the moment she wants to have children? She must choose, so that she can work and continue to can carry out other activities."

During their courtesy visit , the Commissioner for Gender, Human and Social Development, Economic Community of Central African States and the Director-General of the West African Health Organisation, reiterated their plea for the education of women. "They have aspiration" to even be the President of their own countries someday. How will them achieve that? They'll achieved that when they have education."

Alongside Mauritania and Chad, Cameroon is a Non-West African SWEDD country, which will implement the 2nd phase 2 of the SWEDD project focused on strengthening legal frameworks by the development of regional directive and guide for sexual and reproductive health and rights. Their goal is to achieve three transformative results by 2030, namely the ending preventable maternal mortality, the ending unmet need for family planning, the ending of violence against women and other harmful practices. 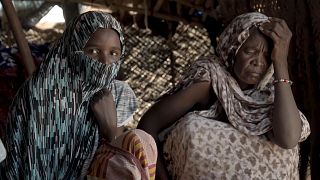 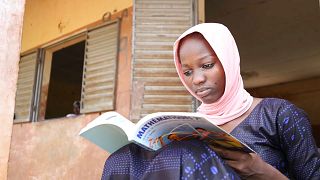 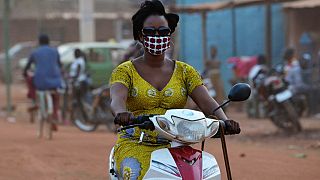