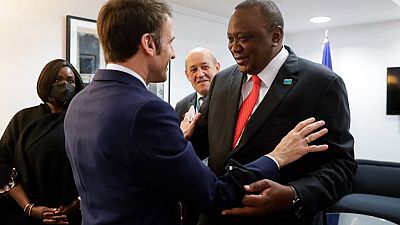 Efforts to strengthen the relationship between the European Union and the African Union has been ongoing for several years. French President Macron, in his capacity as the current EU President, has plans of “completely overhauling” the EU-Africa relationship.

Perhaps one of the reasons for the ongoing EU African summit. Over the years similar summits have been held with the aim of ensuring that African perspectives are also prioritised in their relationship.

Four years ago, there was an African Europe alliance with ambitions of being a “coherent economic strategy for EU-Africa relations.” That union was intended to deliver on previous commitments for “strengthened economic and trade relations, through sustainable investment and job creation.”

THANK YOU for making time to join the live show, but if you missed it, you can always watch and share your views and comments. ???https://t.co/8lnWEHluzk@Brand_SA @euronews #Africanewsdebates #EUAUSummit pic.twitter.com/7PK1FVaMxh

Though the likes of China, the US and Turkey are expressing interest in building stronger ties with Africa, the EU still remains an important party in the area of trade and development with Africa. Ursula Von der Leyen, President of the European Commission, recently described the African Union (AU) as the European Union’s (EU) main partner, stressing that the relationship is key to building peace and security across the continent.

With the history that exists between the two, one may argue if there is the need for another summit or they should rather deliver on promises made in the past.

African leaders—under the protection of the Organization for African Unity (OAU) the AU’s predecessor—came together with the EU for the first EU-Africa summit. Out of that conference came the Cairo declaration, which was followed by the Cotonou Agreement, which, replaced the 1975 Lomé Convention and contained practical tools aimed at reducing and eradicating poverty and contributing to the gradual ‘integration’ of the concerned African countries into the global economy.

The Cotonou Agreement had three main practical pillars: development cooperation ( aid and loans); economic and trade cooperation (trade and foreign investment); and a political dimension covering matters of democracy, peace, security and migration. Subsequent EU-Africa summits, from Lisbon in 2007 up to Cote D’Ivoire in 2017, resulted in more action plans and strategic declarations.

However, each successive “alliance”, “partnership” and “agreement” was launched without a material evaluation of the previous one, with little acknowledgement of their challenges or successes.

twenty-two years from Cairo, it appears the relationship between both the EU and Africa remains fragile. While the EU is still the continent’s largest export and import partner for goods in trade with Africa, the content of that trade has hardly shifted away from raw materials.

Extractives still make up over 70% of exports from Africa to Europe, while the EU continues to subsidize agricultural and fishing industries—albeit with new labels of environmental stewardship, adding to the challenges of a myriad of non-tariff barriers facing African products entering Europe. Similarly, there is evidence that while Europe has used trade agreements to protect its intellectual property overseas, but hardly protects that of African countries.

Over the last 22 years, loans and grants disbursed globally have never risen above 0.5% of European gross national income (GNI) despite a 1970s UN commitment reiterated in EU policy documents to deliver at least 0.7%, with Africa receiving a declining share of this.

Even the COVID-19 pandemic has not changed this uneven pattern. Not only have vaccination donations been stingy most European countries continue to oppose the waiver of intellectual property rights for vaccines.

The maltreatment of migrants inside as well as outside European borders have continued, and many European countries have rolled back on paths to legal migration, such as the provision of academic or working visas. In 2018, prior to COVID-19, European countries collectively issued half the number of work permits to talented people from Sub-Saharan African countries than they did in 2008. Article 13 of the Cotonou Agreement commits each side to improve conditions in countries of origin and transit, legal migration and return of illegal immigrants. But Europe has disproportionately focused on the third, “return of illegal immigrants” at the expense of improving conditions for legal migration.

In March 2020, in preparation for the Summit which was postponed due to COVID-19, the European Commission produced a ‘strategic partnership white paper’ which stressed the need to move away from the donor-recipient relationship, and in 2021 launched the “Global Gateway”, a €300 billion worldwide connectivity strategy marketed towards—though not earmarked for—African countries.

But Europe’s underlying anxiety over the increase in China’s influence across the African continent is evident in both these proposals. EU officials and diplomats repeatedly single out the “no-strings-attached” financial assistance from China to African governments and refer to their own finance as “responsible”.

While both the European and African Unions have internal challenges to deal with—including how to bring the Member States on the same page when looking at the independence of decision making and equitable partnership—the evidence suggests there is just one party that must work significantly harder to uphold its side of the bargain.

With this long history, one would argue if African and the EU need another summit to strengthen their relationship or should rather deliver on their promises. 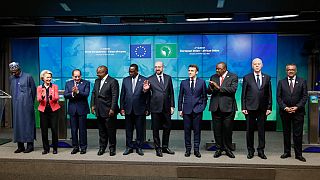 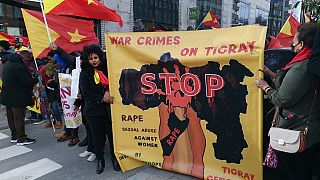 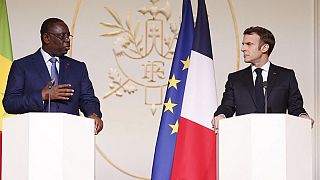