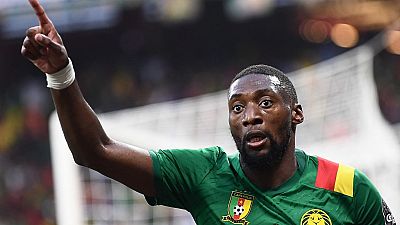 "Indomitable Lion", Karl Toko-Ekambi, seems to be following the steps of top scorer captain Vincent Aboubakar. Karl has scored five goals and is eager to take on the Egyptians in the semi-final of the African Cup of Nations on Thursday in Yaounde.

"He is a very intelligent player. He reminds me of a hunter always on the lookout. Sometimes he goes unnoticed during the match and, from one moment to the next, he kills the match," the coach explained about the 29-year-old Lyon striker.

Indeed "Toko" popped up twice to score against Gambia (2-0) in the quarter-finals at Japoma stadium, where he is an idol because his father is from Douala where he was a hotelier.

He burst onto the scene at Angers, where he caught the attention of Rudi Garcia during a 1-1 draw with OM-SCO on 20 August 2017. "The former Marseille and Lyon coach recalls: "He scored a goal all by himself from the right-hand side with a curled shot. "Toko has all the qualities of a modern striker," said Rudi Garcia. "Something very sought after: both the vertical deep calls in the back of the defence and the quality of dribbling in one-on-one situations, a bit like a Gervinho.

"When you don't have the collective solutions, a player like Karl can score," continued the coach, who coached the Cameroonian at Lyon. I'm not sure if he's the best player in the world, but I'm sure he's a great player," he said.

The "Lyon Indomptable" has already equalled Samuel Eto'o's five goals in the same CAN (the former Barcelona man did it twice). But these minor records are not worth anything to the five-time African champions, who are only second to their great rival Egypt (seven CANs) in the record books.

"We are the host country but we are also one of the major nations in African football," the Lyon native told AFP before the tournament began.

"Cameroon truly represents Africa in the world and we are determined to put the Indomitable Lions back on the map. The ambition will be to go as far as possible and why not win," he added.

"I already won it in 2017," Toko recalled. "It was something exceptional because we were really not favourites. We managed to do things together. It was hard, it was long. We were there for a long time and to come back to Cameroon with the trophy was really something exceptional.

Preparing for this year's tournament at home was no picnic either, with the Lions' den transformed into a bunker to defend the sanitary bubble. But he was able to perfect his complicity with Aboubakar. "Vincent is more the physical power, Karl the speed," summarizes Rudi Garcia. For Cameroon, it doesn't matter who scores as long as there is victory. 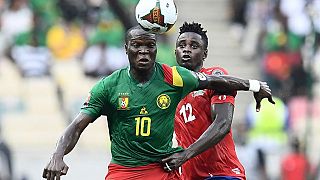 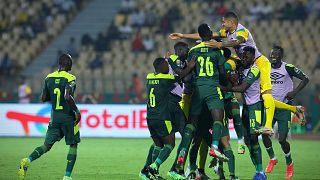 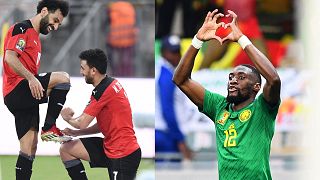