More women on stage: The evolution of African comedy

The number of notable women in Africa standup comedy keeps increasing by the day. Here at the 5th edition of the pan-African comedy festival, Africa Stand Up held in Yaounde and Douala between October 19 and November 02, evenings are exclusively dedicated to 14 female comedians.

In Congo Brazzaville one of the femalenames in the industry is Nana Cepho who is partaking in the international humor festival for the first time. She recounts some of her obstacles being a woman in a male dominated industry.

Despite the obstacles and difficulties, the standup comedy is blowing a favorable wind for women comedians like Abelle Bowala who is recording many successes even outside her country.

"I am proud to be a woman comedian today, because there are not many of us in the Congo, and the few who are here are really moving, at least for us. Me for example, I am outside DRC every year for performances.

Such success stories is impacting on the style of programming by event organisers.

"It's something that started gradually. Because at one point we started to train comedians, we started to have one woman, two women, three women, five women and at one point we found ourselves with so many male and female comedians that I said to myself: the best thing to do is to have a women's festival where we programme as many young women as possible, and then a men's festival, and at the end we have mixed gala evenings.

Africa Stand up has discovered about ten female talents and trained about thirty since the first edition in 2017. The young talents looks forward to lifting the African comedy further high. 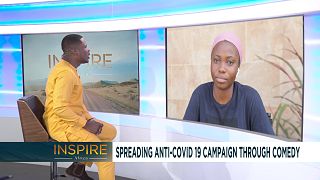 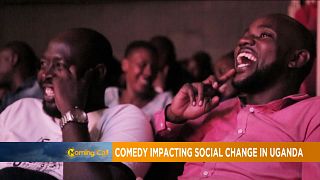