Gay sex is illegal in highly religious and conservative Ghana, but while discrimination against LGBT (lesbian, gay, bisexual and transgender) people is common in the West African nation, no one has ever been prosecuted under the colonial-era law.

The so-called "Promotion of proper human sexual rights and Ghanaian family values" bill has been widely condemned by the international community and rights activists, drafted by eight lawmakers, mostly from the opposition party.

The bill, currently being debated in parliament, is widely supported in Ghana, where President Nana Akufo-Addo has publicly said gay marriage will never be allowed while he is in power.

If the text is passed by parliament, the president can either decide to ignore critics and sign it, or veto it -- something analysts and diplomats say he may be unwilling to do, given widespread support for anti-LGBT legislation.

Nearly 90 percent of Ghanaians said they would approve of a decision by the government to criminalise same-sex relationships, according to research group Afrobarometer using 2014 data. Lawmakers pushing for the bill argue that homosexuality is foreign to Ghanaian culture.

**"Ghana is a very tolerant country. Ghana is not a one family value system. We even believe in the extended family system, we believe in the uncles, aunties, and everybody coming together to build up an individual in the society. So how come somebody is proposing a bill about family values and all of a sudden, people do not want to raise an eye about it. What is it about the Ghanaian family value that is so threatened that there needs to be a bill that will curb?" -**Alex Kofi Donkor.

Activists worry Ghana will follow the same path as Nigeria and Uganda, where similar bills were passed in recent years. More than half the countries in sub-Saharan African have anti-homosexuality laws, with some punishing it with death penalty under sharia law, although there have been no known modern-day executions, according to Human Rights Watch (HRW).

The debate is coming at an inconvenient time for the president who wants to attract African-Americans and the Ghanaian diaspora through his programme "The Year of Return".

With a reputation for stability and respect for the rule of law, Ghana has also attracted businesses like Twitter who said it would open its first Africa office in the country. 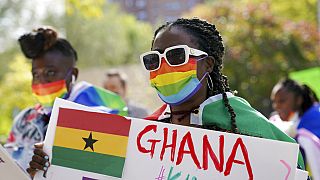 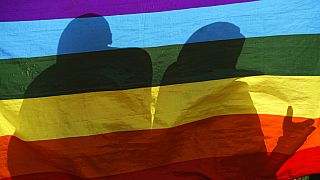