Sudan’s top general the military leader, Gen. Abdel-Fattah Burhan has promised he will not hold a government position in the upcoming July 2023 elections. He makes this statement weeks after he had collapsed a transitional government in a globally condemned coup.

The military leader, Gen. Abdel-Fattah Burhan, has on several occasions promised to hand over power to an elected civilian government in future. His announcement will however not prevent other top generals from ripping off their military titles to become candidates.

The military leader expressed his commitment to a peaceful transition and election.

"We will honour our pledge, the pledge we made to the people and the international community, that we are committed to completing the transition, holding the elections as scheduled, and to respect all political activities, as long as they remain peaceful and in line with the constitution and the active parts of the Constitutional Declaration."

At least 14 demonstrators have been killed, about 300 wounded and others displaced through the anti-coup protests since the 25th October power grab by the army.

"The Armed Forces do not kill its people. Investigation committees were formed and they will establish the truth about what had happened. We insist that the misleading reports were circulated on the grounds of malic against the Armed Forces. They were deliberate to undermine us as a lynchpin to the security and territorial integrity of Sudan."

Hundreds of anti-coup protesters rallied in the capital Khartoum, as well as in its twin city of Omdurman, Wad Madni to the south, and the northern city of Atbara.

"The authority belongs to the people," they chanted and "no, no to military rule" as they demanded a "civilian government". 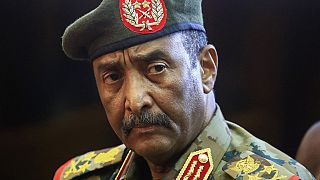 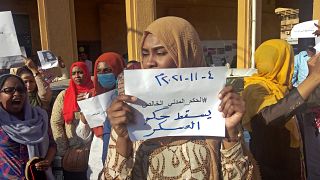