The fate of dissidents languishing in Egypt's prisons has long been under scrutiny, but Mohamed al-Sadat, the nephew of former president Anwar al-Sadat, is leveraging his political prowess in a bid to have them released.

Sadat has become an unofficial negotiator advocating on behalf of figures imprisoned under the uncompromising administration of Egyptian President Abdel Fattah el-Sisi.

"Recently we have been successful in using a style and language that is well-received, and thus these cases and positions [of the prisoners] have been studied and reviewed, leading to their successful [release]," said Mohamed.

At least 60,000 political prisoners are serving time in Egyptian jails, according to human rights defenders.

Forty-six prisoners were freed in July, including prominent activists such as rights lawyer Mahienour el-Massry.

"Foreign pressure and what is issued by the Congress, the European Parliament and the International Council for Human Rights are all taken into consideration. And we, as politicians, as a government and as a civil society have to study their observations and advice, but we must determine what is consistent with our national security and with the law," said Mohamed. 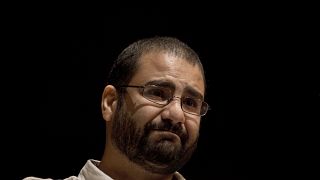