The NGO says it's the fireced crackdown launched so far by the Libyan authorities targeting migrants.

A human rights worker for the Norwegian Refugee Council claims that up to 5,000  refugees may have been detained in Lybia since Friday.

The allegations were made on Sunday following a crackdown on Friday by the Libyan police force against migrants.

"This is the largest crackdown on migrants in Libya that we've seen in recent years. This is not the first time that there have been large numbers of arrests, we've seen this happen a bit in a smaller scale over the last few weeks and months and over the course of the last year there were upwards of 5,000 migrants and refugees in Libyan detention centers at a time, so this is not a new practice, but certainly these are the biggest numbers that we've seen in a single 24-hour or 36-hour period", said Alexandra Saieh, Libya advocacy manager for the Norwegian Refugee Council.

According to the UN, the operation resulted in at least one dead migrant and 15 injured.

The libyan authorities claimed at least 4,000 detentions, including women and children.

The Libyan Interior Ministry described the crackdown as a security operation against illegal migrants and drug trafficking.

"High-income countries, particularly those in Europe, must do more. This is really a wake-up call to the dire situation that exists in Libya for migrants and refugees and the international community must step up", Alexandra Saieh. 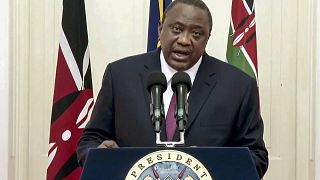