Hugues-Fabrice Zango, Burkina Faso's first Olympic medallist has returned home from the Tokyo games. Zango arrived at the Ouagadougou International Airport to a warm welcome from his compatriots Sunday evening.

The Burkinabe athlete competed in the men's triple jump final, during the Tokyo 2020 Olympic Games. It was his nation's tenth Olympic appearance.

"All the people believed in it and all the people supported me. I did not receive any negative comments about this dream. And this dream has become reality. We have the first Olympic medal for Burkina Faso. The counter (for medals, ed) is now open and I know that I and future generations will perhaps win even more in other upcoming events." an elated Zango said in his first comments on his return.

Bronze medallist in the triple jump, the jumper is already looking ahead to the next Olympics, Paris 2024, where he hopes to "win the gold medal".

He competed at the 2016 Summer Olympics in Rio de Janeiro, Brazil, and has competed also at the World Championships, and two African athletics championships.

Unfortunately, the celebration of his return to Burkina Faso was tarnished by the attack on two villages on August 4, which led supporters to refrain from organizing activities due to security reasons.

The Ministry of Sports however says a big party would be held in honor of the athlete in the next few days in Ouagadougou.

Dominique Nana, the Minister of Sports stressed that it is with great pride that Burkina Faso welcomed the medal. 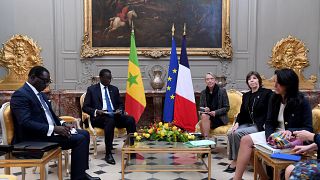 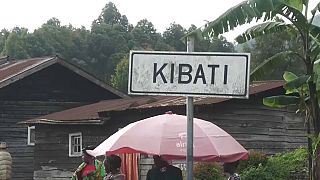