On July 15, the IMF Board of Directors approved a three-year aid programme for the DRC. The outcome of the negotiations, confirmed on Monday by the IMF representative in Kinshasa, during a joint conference with Nicolas Kazadi, Minister of Finance.

The programme includes the disbursement of 1.5 billion dollars over 3 years, in exchange for certain reforms, broken down into 3 parts.

"The first axis of reform in the budgetary field, to create budgetary room for manoeuvre for the most important expenditure for the country, in particular social expenditure, with an indicator in the programme which is planned, and also for the most necessary investments, which naturally involves increasing tax and domestic revenue. The second axis of reform is the strengthening of the monetary framework, reforms at the central bank essentially and supervision of the financial sector. Finally, the third major axis of the reform is the improvement of governance and economic transparency, the fight against corruption in general, and not only the mining sector"

An initial disbursement of $217 million has already been made, and will enable the country to strengthen its macroeconomic stability.

Moreover, this cooperation with the IMF appears to be a reassuring signal to attract further external financing.

"1. 5 billion dollars is a significant sum, but it does not go directly to budgetary expenditure since the first disbursements are intended to strengthen the country's exchange rate, and this amount compared to the country's needs is almost insignificant, We are fully aware of this and one of the major objectives of the IMF-supported programme is this signal effect to show that the government is committed to a reform programme that will ensure a certain macroeconomic and financial stability that should translate into better economic and long-term growth prospects and thus attract partners and investors, whether domestic or foreign. "

Future disbursements will depend on strict adherence to the reform programme agreed between the IMF and the DRC. Gabriel Leost is optimistic about the potential of the resource-rich country.

"Of course everyone is thinking about mining resources but not agricultural and human resources with these young, numerous and hardworking populations, there is a lot of potential, the question is how to unleash this potential, we can be optimistic that being said it is up to the government and its sovereign choices to trigger the necessary reforms and we see as I think the international community, as a window of opportunity in the months ahead to launch these reforms." 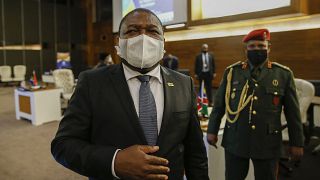