Thirty years on for South Africa after the abolition of Apartheid 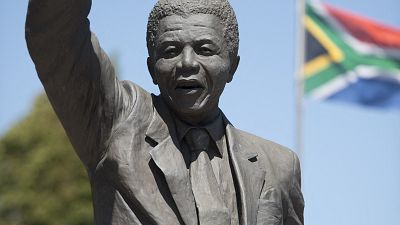 South African public prosecutor’s office and an elite police unit will set up a joint team to investigate atrocities during the apartheid years, the government said on Monday.

But this comes thirty years after the abolishment of the last legal foundation of apartheid which brought down the curtain on a nearly 50-year system of racial segregation.

On 30 June 1991, the last mesh of laws on 'Apartheid', an Afrikaans word meaning the state of "apartness" which became official government policy in 1948, were scrapped. The system formalised white supremacy and domination which had been in place since European settlers from Netherlands and Britain started arriving on the southern tip of Africa 300 years earlier.

On Monday, South Africa's government said its new inestigative team will reopen cases on Apartheid dating back to the early 1960s, and hold those responsible for the crimes accountable.

“Perpetrators of heinous apartheid-era atrocities that came to light in the late 90s’ Truth and Reconciliation Commission (TRC) will soon have to face the full might of the law,” it said.

The new resolve offers some glimpse into the scars that have remained in this multicultural and multiracial nation with an eventful history.

Most of the atrocities the country’s post-apartheid TRC recommended for investigation have remained unaddressed though cases increased from four to fifty -three last year. But in total there are about 300 unsolved crimes more than 27 years after democracy was established.

The Truth and Reconciliation commission

The TRC, led by Nobel Peace Prize laureate Desmond Tutu was established when former president Nelson Mandela served as the country’s first black leader from 1994 to 1999. It was designed to document crimes committed by all sides during the apartheid period.

Although the black and indigenous populations of the country were already under colonial rule, segregationist laws started to be enforced brutally in 1984. South Africa soon became one of the most cruel and racist regimes in the world.

Interestingly, Whites made up less than 20% of the population, but owned more than 80% of the land. They, through political means, dominated the economy, agriculture, and the lucrative mining sector.

Until 1986, black South Africans were forced to carry passport-like documents called “Donpasses” that restricted their movements. They were banished from voting due to poor work, education and services. Jobs were reserved for certain races, and marriage and sex throughout the color bars were banned. While beaches, buses, park benches, and even public toilets were sorted according to race category.

Racial segregation would later be dismantled in the 1990s, with the first democratic and multiracial elections that saw the historic victory of Nelson Mandela who had spent 27 years in jail before being released to popular celebration.

Many analysts believe them to be largely a result of the stubborn legacy of apartheid though the rainbow nation has since 1994 been ruled by the African National Congress ANC- a black led party which sprung decades long resistance to apartheid and gave the nation its freedom heroes.