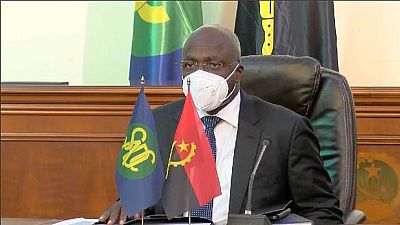 The head of Angolan diplomacy on Monday in Luanda announced a budget of US$12 million (10 million euros) for the deployment of the Southern African Development Community (SADC) standby force in support of Mozambique.

In other words, ten million euros is the global amount that the countries of SADC should make available to enable the deployment of the joint regional force to support Mozambique in the fight against terrorism

Angolan Minister of Foreign Affairs Téte António, who was attending an extraordinary virtual meeting of the Council of Ministers of the SADC, said at the end of the meeting that it was held as part of the fulfilment of a decision of the Maputo summit.

According to Angola's foreign minister, the Council of Ministers, made up of foreign ministers, "was tasked with working on the budget of the force that should be operated to support Mozambique."

“The source of funding for this force will be primarily the contingency fund and contributions from Member States that participate with their troops. And they also have a contribution of 7 million US dollars (5.8 million euros) that will be shared by the member states"

During the virtual meeting Monday, the ministers of foreign affairs of the SADC also stated that by July 9th of this year, all countries that make up the organization must send in their contributions.

The minister said it was also determined that, given the situation that many countries in the region are experiencing, recourse may be made to the organisation's reserve fund, "to allow for no delays in the fulfilment of this mission"

"As you know it is a question of survival of the region, the situation in Cabo Delgado is serious, the organisation has to deal with it immediately and it was determined the deadline for contributions is 9 July, but if there is a deficit of contributions from member states, we can resort to the reserve fund," he said.

However, it was also established that in the event of recourse to the reserve fund, its replenishment "must not be made too late."

"Because we cannot leave a region without a reserve and we don't know how the situation may evolve, tomorrow we may resort to the same fund, so it is necessary that this fund is fed," he added.

"One of the issues that our delegation raised is that [the situation in Mozambique] should serve as a lesson for the region, in the sense that we fine-tune our mechanisms so that when crises like that happen the region is not doing the same exercise of meetings and meetings to respond to it," he said.

“As stipulated at the last meeting of heads of state and government of the Southern African Development Community, countries in the region should support the fight against terrorism in Cabo Delgado in two ways. The first element that was determined on Monday, which is the budget modality, and the second will be determined at the meeting that will take place from June 30th to July 2nd."

At this meeting, the military capacity or means that each country in the region should send to Mozambique will be determined.”

The head of Angolan diplomacy highlighted the mandatory nature of the contributions, as it is a matter of survival for the region.

"We all have to be aware that the region is under threat, with a crisis in Mozambique and we all have to respond promptly to this threat," he said.

Over the next few days technical meetings of specialised sectors, namely defence and security, are scheduled to analyse practical issues, the minister said. 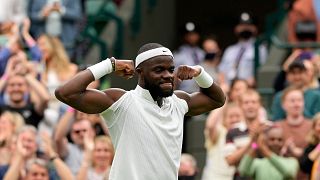