‘Summer of Soul’ blesses screens for the first time with an African American star-studded Harlem Cultural Festival in the summer of 1969 in Harlem, New York, United States.

The director of the project, Ahmir "Questlove" Thompson was initially overwhelmed by the thought of taking on the task of putting together such a culturally groundbreaking moment in history.

"In 2017 I'm approached about this so-called mythical first of all that happened in 69 with Sly and Nina and Stevie and Mavis and B.B. and these comedians and gospel acts, Ray Barretto, Mongo Santamaria and Olatunji and Hugh Masekela.

"And just to hear the names. I was overwhelmed and I'm like, wait a minute yo, like. I know everything about music and how come I don't know about this. And I'm like Googling and seeing nothing. And they're like, 'Yeah, that's that's, that's the exact point. Like, this has been sitting in the basement for 50 years. Nobody was interested in doing this.'"

That is until Questlove Thompson came along and sought to do right by the legendary visuals that will speak to the hearts of African-Americans nationwide -- who are still faced with racial inequality and injustice in the United States.

"You know, I kind of asked the producers like, well, why are you using me? Like, why can't I just be a producer? You get a real director and that sort of thing. And they said, you know, 'You, you speak inside of baseball. There's a musician's language that you get that maybe your average director might miss.' And, you know, I kind of took that and applied it. And I curated this like I was curating a DJ set. Like anything I curate. I always start with how does it end?"

The internationally-renowned drummer shares insight into the collective awakening of African Americans in terms of their "black pride" linked to their African heritage.

"69 ended up being a paradigm shift for black people in general and how they identified, how they saw themselves, you know. Before this time, to call someone, you know, African was seen as an insult, you know. To be honest with you, even after, way, way into my elementary school years, if you really wanted to stick it to someone, you call them African.

The precious footage -- now curated after sitting for 50 years by Celebrated drummer QuestLove of the culturally impactful Neo-soul group The Roots, reveals this African American cultural revolution via timeless soul music that saw the likes of icons Nina Simone, Stevie Wonder and Gladys Knight and the Pips perform -- just to name a few.

Ahmir "Questlove" Thompson believes the 40 hours of footage Filmed in what is today the Marcus Garvey Park does not only highlight black excellence but will also resonate with four generations of Africa descended people worldwide.

African Americans and Afro-descendants worldwide might have come a long way within various non-African societies but are still typically marginalized and racially discriminated against due to the lingering effects of colonisation and the Trans Atlantic slave trade.

One thing still rings true: the will to overcome the racism and the global oppressive institution of white supremacy as the collective Afro pride continue to bud and thrive against all odds.

"And then the last generation, which, of course, like millennials and Gen Z, the fact that they're actively living right now in that same cycle that was happening 50 years ago. That sort of connects us all together." 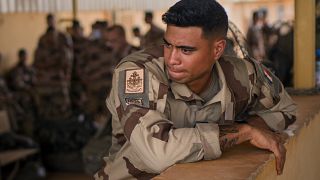 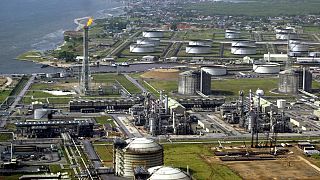 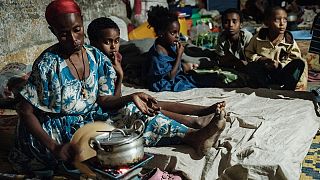