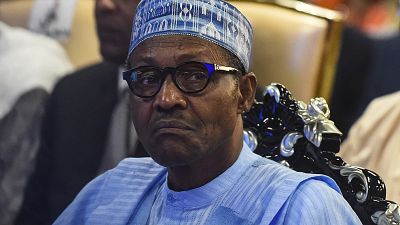 Twitter has deleted President Muhammadu Buhari’s tweet where he vowed to treat ‘those misbehaving in the language they understand’.

Buhari made the remarks after a meeting with officials from the Independent National Electoral Commission (INEC), who reported to him attacks on the body’s facilities.

“Many of those misbehaving today are too young to be aware of the destruction and loss of lives that occurred during the Nigeria Civil War. Those of us in the fields for 30 months, who went through the war, will treat them in the language they understand,” the President’s now-deleted tweet read.

“I receive daily security reports on the attacks, and it is very clear that those behind them want this administration to fail,” Buhari said in a subsequent tweet that was spared.

The tweet was criticized by people on social media as uncouth and asked the site to remove it.

“It was a most irresponsible tweet,” said user Reno Omokri. “But please do not stop there. Delete his account,” he added.

“Take that tweet very seriously. There is an institutionalised #Igbophobia,” said another user named FS Yusuf.

A series of armed attacks on government facilities and security installations in the southeast have claimed the lives of at least 126 people. Abuja has blamed the violence on the Indigenous Peoples of Biafra (IPOB), a separatist movement campaigning for the independence of the Biafra people.

On Monday, events were held in southeastern Nigeria to remember the more than one million people who due to war and famine in the region in the 1960s.

In the north and central regions of the country, attacks by armed groups and kidnappings targeting schoolchildren have increased, with voices criticizing Buhari’s dismal security record growing louder.

“The mission of Twitter in Nigeria is very, very suspect. Has Twitter deleted the violent tweets that Nnamdi Kanu has been sending,” Mohammed wondered.

Kanu is the leader of IPOB. He lives in exile in Israel.

When people were burning police stations and killing police officers during #ENDSARS, for Twitter it was about the right to protest. But when a similar thing happened on the Capitol, it was insurrection”, Mohammed said.

American social media companies banned former US President Donald Trump from their platforms after accusing him of spreading falsehoods and inciting the crowd which attacked the Capitol in January. 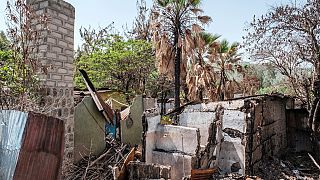