Several hundred Malians rallied in the capital Bamako on Friday to support the army, as well as Russia, AFP journalists said, after the military reasserted control in the unstable Sahel state this week.

Military officers detained transitional president Bah Ndaw and Prime Minister Moctar Ouane on Monday, before stripping them of their powers and freeing them on Thursday.

The move triggered diplomatic uproar, and marks the second apparent coup within a year in Mali.

Ndaw and Ouane led a transition government installed in the wake of a military coup in August, which deposed elected president Ibrahim Boubacar Keita.

On Friday, hundreds of people demonstrated in support of the military under a huge portrait of coup leader Assimi Goita in a central square in Bamako.

Some also waved Russian flags and toted placards attacking France, Mali's former colonial master, which has deployed troops to the country to help it in its fight against jihadist insurgents.

"We want the French to leave and Russia to come in," said Adama Dicko, a protester in his 30s.

France intervened at the request of Mali's government in 2013 to help quell a jihadist rebellion that broke out the previous year.

But the Islamist insurgency is still raging in the vast nation of 19 million people, and has spread to neighbouring Burkina Faso and Niger.

France has some 5,100 troops deployed across Africa's arid Sahel region as part of its anti-jihadist force Barkhane.

The country's military involvement in Mali is nonetheless criticised on social media in Mali, and has led to frequent protests.

"We came to support our men, to support the army and to ask Russia to come and help us," said protester Rokia Toure, who is married to a soldier.

Not all protesters were critics of the French intervention, however.

Fanta Diarra, a protester, told AFP that France is not a problem and "Russia will not be our solution". 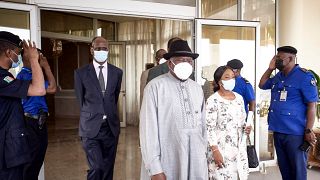 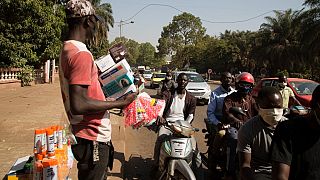 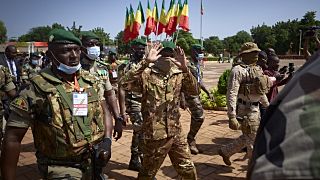