African leaders and the heads of multilateral lenders on Tuesday met to find ways of financing African economies hurt by the COVID-19 pandemic.

The summit in Paris, part of French President Emmanuel Macron's efforts to rework France's engagement in Africa, brings together some 30 African heads of state. Also in attendance are heads of financial institutions, heads of global financial institutions like the IMF and World Bank, and representatives from the G7, and the G20.

Africanews journalist Afolake Oyinloye reports that the summit comes as a crucial time.

"This summit could historically change the financial world for African countries. France proposed this summit after the IMF warned about the financing gap that could be faced by African economies to a tune of 290 billion dollars." Oyinloye said.

Indeed, late in 2020, the International Monetary Fund warned that Africa faced a shortfall in the funds needed for future development -- a financial gap -- of $290 billion up to 2023.

This week's talks in Paris centre on how to reallocate the Special Drawing Rights (SDRs) that are earmarked for developed countries. President Macron says wealthy countries should re-direct their SDRs so that the allocation to Africa increases to $100 billion from an agreed $34 billion.

Democratic Republic of Congo's President Felix Tshisekedi who is also the African Union's chairperson, echoed those sentiments for an increase of the SDRs allocated to Africa.

"Today it is a question of seeing to what extent we can revive our economies. There is this proposal of special Drawing Rights (SDRs) which we greatly appreciate but which might be insufficient. We will see to what extent we can obtain it. 'increase in these special drawing rights for Africa ", PresidentTshisekedi said at the summit.

The replenishment of the World Bank's International Development Association, which provides emergency aid, private sector investment, and the broader question of how to treat the debt crisis are other issues expected to be discussed in the week long summit.

The high level summit is considered to be one of the biggest in-person top-level meetings held during the Covid-19 pandemic.

It also comes a day after a conference that was attended by several heads of state, that aimed at rallying support for the Sudanese government under Prime Minister Abdalla Hamdok. 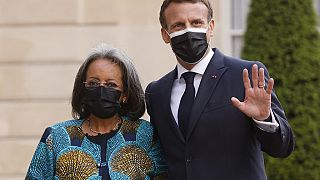 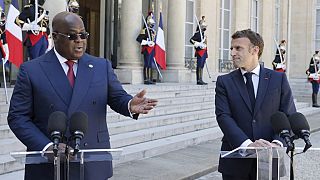