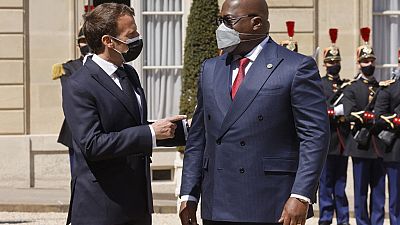 A dozen African leaders, several European leaders and a dozen heads of international organizations will be recieved on Tuesday by French president Emmanuel Macron for a summit on the revival of the African economy, and the impact of the pandemic.

The aim of the summit, the Elysee says, is to put in place financial resources capable of reviving the economy of the continent, which has seen only 130,000 deaths from Covid according to official figures, but whose GDP should experience its first recession in 25 years in 2021.

Growth should return to positive territory in 2022 but at a lower rate than in more developed countries, with a risk of "divergence", the Elysée stressed.

Hence the initiative of the Head of State to convene this summit to attract liquidity in Africa to the public and private sectors, which are penalised by risk premiums that drive up interest rates.

France is proposing to reallocate IMF Special Drawing Rights (SDRs) to Africa, foreign exchange instruments that can be used to finance imports.

The IMF is expected to decide in June on a massive SDR issue of $650 billion, including $34 billion for Africa and $24 billion for sub-Saharan Africa.

"These amounts will not be enough. We are thinking about how to use SDRs from advanced countries for low-income countries," said the Elysée, also suggesting a sale of IMF gold to fund zero-interest loans for African countries.

Other avenues include debt relief by bringing together both public and private creditors around a table, a mechanism that Chad has already asked to benefit from.

On 27 April, Emmanuel Macron called for "a New Deal" to help African countries.

The President of the Republic will host the Summit on Financing African Economies on Tuesday 18 May 2021, at the Grand Palais Ephémère, in Paris. This hybrid format summit (both face-to-face and by videoconference) will welcome some thirty Heads of State and Government and leaders of international organisations.

The Summit on the financing of African economies follows the publication of a statement by 18 African and European leaders on 15 April 2020, calling for the mobilisation of the international community to address the consequences of the health and economic crisis caused in Africa by the pandemic.

The President of the Republic hopes that new and ambitious solutions will be found so that Africa can face up to this unprecedented shock and return to growth, like other continents that have been able to implement massive recovery plans.

All the signatories of the April 15, 2020 letter have been invited to the Summit, as well as several other African heads of state, members of the G7 and G20, and leaders of international organisations.

"This summit aims to put in place a massive support package for Africa and to lay the foundations for a new cycle of growth on the continent, which will also be a relay for growth for the global economy," Paris stressed.

Among the participants in person are the leaders of Angola, Burkina Faso, the Democratic Republic of Congo, Côte d'Ivoire, Egypt, Ethiopia, Ghana, Mali, Mauritania, Mozambique, Nigeria, Rwanda, Senegal, Sudan, Togo and Tunisia and on the European side, Italy, Spain and Portugal as well as the EU.

By video conference, the leaders of the Netherlands, Germany, Japan, Kenya, Tanzania and South Africa will participate. The UN, IMF, OECD, WTO, World Bank and several international public banks will be invited. China will be represented by an as yet unspecified senior official.

On the eve of the summit, the French President is also convening a conference in support of the transition in Sudan, where debt rescheduling with the country's main donors should be discussed.

Africanews Business Africa anchor, Afolake Oyinloye will be at the summit to follow the proceedings and present our coverage. 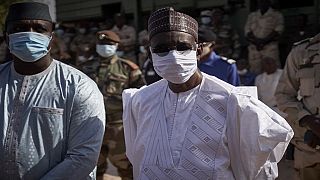 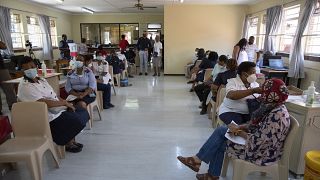