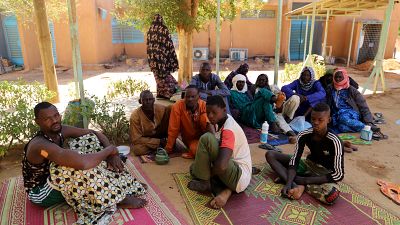 Five people were killed Wednesday in Niger in an attack on the village of Fantio, in the western region of Tillabéri near Mali, as the country celebrated the Eid al-Fitr holiday that marks the end of the Muslim Ramadan.

"The attack took place this (Wednesday) morning in the village of Fantio. The toll is five dead and two seriously injured," the local official reported.

This attack was carried out "by a horde of terrorists who came on motorcycles," explained another local source to AFP, without giving further details.

Fantio is a rural commune in the Téra department where a contingent of 1,200 Chadian soldiers has been deployed in the so-called "three borders" zone between Niger, Burkina Faso and Mali to fight jihadist groups as part of the G5 Sahel multinational force.

The G5 includes five Sahelian countries - Burkina Faso, Chad, Mali, Mauritania and Niger - which have been working since 2017 to cooperate in the fight against jihadist groups.

"G5-Sahel soldiers have been dispatched to Fantio and will stay in the village for a few days at the request of the governor of the region," a source close to the authorities in Tillabéri said.

The Tillabéri region is regularly hit by jihadist groups affiliated with al-Qaeda or the Islamic State.

Jihadist attacks on civilians have increased since the beginning of the year in Niger: more than 300 people have been killed in three series of attacks on villages and camps in the west of the country.

None of these attacks have been claimed.

The latest of these large-scale attacks took place on March 21 in the Tahoua region, killing 141 people in a matter of hours in three Tuareg villages and surrounding camps, according to the Nigerien Ministry of the Interior.

The vast desert region of Tahoua lies to the east of Tillabéri, both near the border with Mali.