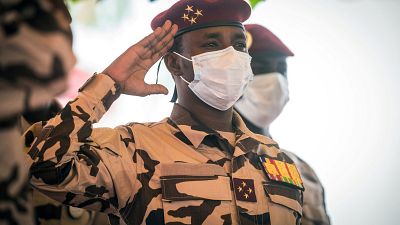 Nearly 200 Chadians from parties claiming to be "opposition", took to the streets of N'Djamena on Wednesday in a rally to demonstrate their "unwavering support" for the military power led by the son of President Idriss Déby who died in April.

This was the first demonstration authorized by the Transitional Military Council (TMC), which proclaimed itself the head of the country on April 20 following the announcement of the death of Marshal Déby, who had ruled Chad with an iron fist for 30 years.

For several years, demonstrations by the anti-government opposition have been systematically banned and violently dispersed.

On Wednesday, nearly 200 activists responded to the call of New Vision, a platform of 42 parties calling themselves opposition, to demonstrate calmly for an hour in N'Djamena, well supervised by the police, according to an AFP journalist who followed them.

On Sunday, a similar demonstration project had been authorized by the government for the first time but had been aborted due to a lack of demonstrators.

"New Vision gives its unwavering support to the CMT and the transitional government," read a large banner at the head of the procession on Wednesday. Or "New Vision says no to war and yes to peace and stability". This was a repeat of the promises made by the CMT, led by Mahamat Déby, 37.

As soon as the death of Idriss Déby was announced, the CMT dissolved the National Assembly and the government and abrogated the constitution, before proclaiming Mahamat Déby president of the Republic for a "transitional" period of 18 months, at the end of which the junta promises "free and transparent elections.

"We support this transition because we have no other choice when the institutions are not there. The CMT is fighting for the survival of the Chadian nation," Mahamat Adoum, president of Vision Nouvelle, pleaded, calling on the military to "respect their commitments" to free elections and an "inclusive dialogue".