There is still no consensus on the temporary lifting of patents on COVID-19 vaccines. The idea is to be able to accelerate global production in order to fight the pandemic, which continues to take its toll.

The laboratories are generally opposed to this because, according to them, it would deprive them of a return on their costly investments.

This measure has been demanded for months at the World Trade Organisation (WTO) by many countries such as India and South Africa.

"My job is to make sure that I bring WTO members together, to negotiate a text that would lead to a pragmatic solution that would guarantee access for developing countries, to address the inequality of vaccines, while making sure that we don't discourage research and innovation. This is where we are. The recent statements from the US and other countries will, I'm sure, give momentum to the negotiations."

While France has rallied to the US position, Germany has strong reservations and believes that patents should continue to be "protected" because "they are a source of innovation and should remain so in the future".

Russian President Vladimir Putin has a much more global-minded altruistic approach. The Head of State said his nation is in favour of this measure and is looking into the possibility.

"We hear Europe's ideas to completely remove patent protection from COVID-19 vaccines. This is in line with WTO rules, which provide for such measures in emergency situations. A pandemic is an emergency. Therefore, I ask the Minister of Social Policy to work on it, unconditionally, Russia will support such an approach."

For the German laboratory BioNTech, patents are not the limiting factor in the production and supply of vaccines. It believes such a measure would have no effect "in the short and medium-term" as it usually takes a year to set up and validate new production sites. 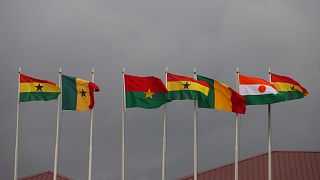