Five years ago, Teungueth FC was only a small club in the fourth division. Today, it is one of the giants of Senegalese football.

If not for the onset of the COVID-19 pandemic, the team would most probably have been crowned the champions last year.

The club from the sensitive urban zones of Dakar nevertheless made history this season as it became the first Senegalese team in 17 years to reach the Champions League group stage.

A feat that fills the hearts of the Teungueth FC players with pride.

Malickou Ndoye, a defender for Teungueth FC, shares his feelings on the recent milestone.

"It made us proud because we had gone 17 years without participating in a competition like the Champions League. So it made us happy and proud because that was the objective. It allowed us to rub shoulders with big clubs and big players. So we've taken a step forward. "

The milestone is a symbol of dazzling success for this club which is less than ten years old. A fabulous story despite not qualifying for the Champions League quarter-finals. But when it comes time to take stock, coach Youssoupha Dabo has more lessons than regrets.

Team coach, Youssoupha Dabo, made some comments on his expert observations.

The Rufisquois finally finished this Champions League with one win, three defeats and a draw. This was an unexpected result in a group that included Esperance of Tunis, Mouloudia Club of Algiers and Zamalek of Cairo. But for the players, the failure is far from total.

Malickou Ndoye is more motivated than ever to prove the team has the potential to go all the way.

"The Champions League is watched all over the world, it opens doors too. So it makes you want to do it and we're going to stay focused and keep working to try to get good clubs in the future. "

This may involve a return to the Champions League next season. And that is precisely one of the club's objectives this year. For the coach, the hope of continental success depends first of all on regularity.

Club coach Dabo explained what will b essential to guarantee continued success on a higher scale going forward.

"It's no use playing in an African competition every 10 years. The most important thing is to be regular at this level. But to be regular, you must also be able to win local competitions. God helped us to make the first participation at this level in less than 10 years as the club will be 10 years old in November. So, if we are able to do this in less than 10 years, it means that a lot of work has been done. But we must not stop there. "

For the moment, the lights are green for the team, champions of the first phase of the Senegalese League 1. The dream is therefore allowed for Teungueth FC. But Youssoupha Dabo and his men know that there is still a long way to go. 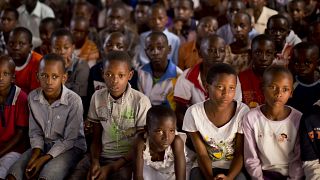