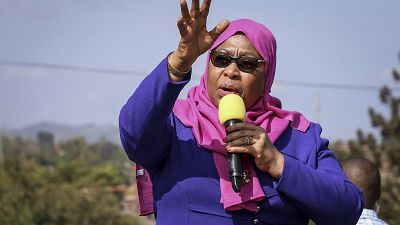 Suluhu made her first trip as President to Uganda on April 11 to sign major oil deals with President Yoweri Museveni and oil major Total.

While in Nairobi, Suluhu will address a joint session of Kenya’s parliament.

Her visit comes almost five years after her predecessor, the late John Magufuli, made a similar visit.

The trip is in response to an invitation from President Uhuru Kenyatta.

Relations between the two East African neighbors have been affected by protracted disputes over trade in the past.

Past rows include a ban by Kenya on liquefied petroleum gas from Tanzania, which saw Dar es Salam retaliated by blocking Kenyan milk and its products, and cigarettes.