Africanews celebrates its 5th anniversary and is showcasing powerful African voices to commemorate the occasion and illuminate the image of our continent.

Our guest Angelique Kidjo, world-renowned pan-African artist and activist -- notably as a UNICEF ambassador and Founder of Batanga -- is an association that provides young African women access to secondary and university education.

Pascale Keigna(Africanews journalist): You have worked as both a singer and a public speaker to give a voice to the voiceless. Would you say that the work has progressed over the last five years? Are African artists taking more of a stand?

Angelique Kidjo: There's been a lot going on, the last 5 years, I would say the last 10 years.

It's quite amazing! That is to say that we are in the process of changing the paradigms, one can have a career in Africa, make money with one's work with one's music in Africa and make it a profession that is no longer despised by the public but appreciated by it.

Pascale Keigna: Do you think today that taking African music across the globe is the way to change Africa's image?

Angelique Kidjo: It's a means and it depends on what you do with it and how you use it. My dream is that the music that comes from Africa becomes the identity card and the fingerprint of the continent.

When we go to Latin America, we talk about salsa and samba, but when we talk about Africa, it is true that there are several kinds of music and they can all be under the umbrella of the Afrobytes, and be exported everywhere.

It is necessary to know how to organize what we want to carry as a message and what is the image that we want this Africa to be. That the young people who are now so aware of social networks use them to show the beauty, resilience and strength of creativity that we have here.

Pascale Keigna: Did you pay tribute to them on your new album -- which features all these Afrobeats artists -- in particular Yemi Alade a popular Nigerian singer?

Angelique Kidjo: That's what I'm trying to do with the new album called Mother Nature which is coming out in June, the first single is out with Yemi Alade, Dignity.

It's inspired precisely by the #EndSars movements in Lagos, I spoke to her on the phone and she told me she was scared because they were killing them, I told her "get off the street, violence is not a solution, you have work to do, you have a future to have and you have something to bring to your country and the world! "

Pascale Keigna: Did the music help in the fight against the COVID-19 pandemic?

Angelique Kidjo: Enormously, I did a lot of things during the pandemic, the first thing was the Pata Pata song for Africa, I asked the whole world, the young people to the old people of the whole

world to dance the barrier gestures so that everyone knows about it and that it reaches at least through the radios to all the people who still listen to the radios in Africa.

Pascale Keigna: Over the next five years, what challenges will African artists and governments face to foster the development of African culture on the continent?

Angelique Kidjo: I think we need to create infrastructures, we need to train managers, sound engineers, people to work on quality from the start. If we want our music to endure and to speak to people, all productions coming out of Africa must be at the same level as all productions in the world. We should not wait for the governments to do that, we should do it one way or another

Pascale Keigna: In your opinion, what is the importance of a Pan African channel?

Angelique Kidjo: It's crucial, I've been talking about this for years, more than thirty years.

The information that concerns us should not come from outside, we can produce our own information have our own AFP..... let's go!

This channel is 5 years old, let's have radio networks everywhere that are independent, we must be responsible for our own history, not leave our history in the hands of others. To have media is to tell the real story, to show our Africa with its problems, its solutions and its successes. 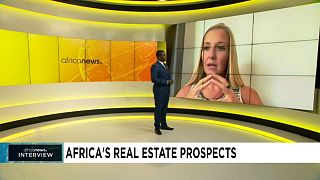 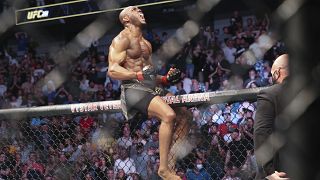