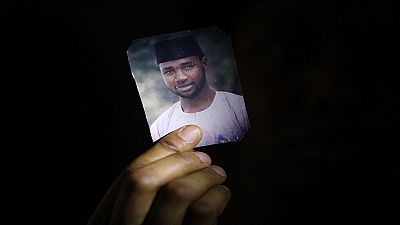 The Nigerian self-proclaimed atheist, Mubarak Bala, is still in detention after he was arrested by the police and taken to an unknown destination, according to his family and human rights organizations.

Bala was arrested on April 28, 2020, and has been held without charge since then.

His wife, Ahmina Ahmed, whom they met online in an intimate ceremony, still waits for his return, but all seem to be in vain.

According to his advocates, the atheist is accused of writing a Facebook post criticizing the prophet of Islam, an act that is considered blasphemy and can carry a death sentence in Nigeria’s mostly Muslim society where Sharia laws are enforced along with the common laws.

Some believe he was not detained because of his beliefs but because he was and still is an atheist.

"He was trying to change the dynamics... in the north," said Leo Igwe, a rights advocate and founder of the humanist group. "He was even saying he was going to contest elections."

In 2014, Bala was forcibly admitted by his own family to a psychiatric ward for 18 days because he said he did not believe in God.

His wife, Ahmina Ahmed said she did not know where the husband was detained in the first six months after he was arrested.

Ahmina was already pregnant when her husband was arrested.

She later found out that the husband had been taken to a prison in Kano, more than 200 kilometers away from where she was detained.

Bala’s troubles began in 2014 when he publicly renounced his Islamic faith in 2014, an act that is forbidden, a dishonor to the family, and punishable by death in accordance with Sharia laws.

His legal team has been working tirelessly since May 2020 and they had filed a petition seeking his release with the Federal High Court in Abuja.

His advocacy team said his detention violates his fundamental rights to liberty, a fair trial, freedom of thought and expression and freedom of movement according to the Nigerian constitution.

Bala's supporters are worried about his health in detention but also his security.

Others accused of blasphemy in northern Nigeria have been sentenced to death, and in one case in 2011, a man was beheaded in his cell by unknown individuals.

"There is a threat from private actors if they find out his location," said Shaheed, but "it does not negate the state’s obligation to ensure that the rule of law is applied here."

Diplomats in Nigeria and international bodies have been treading carefully with Bala's case in part because of the risk of being seen as "anti-Islam".

But his wife is losing hope. She says she has developed eye problems from crying so much this past year.

"We have suffered enough. Whatever he has done, he should be charged, go on trial... I am not even asking for his release," said Ahmed, cradling her baby boy who just turned one.

"He’s stronger than us outside," she said. "But he’s caged. It’s not OK when you’re not free." 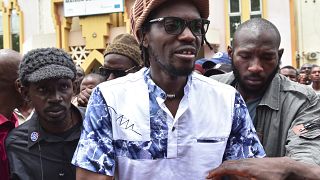