Africa's second coronavirus wave was more severe than the first, according to a new study by the medical journal The Lancet released on Thursday.

It reported a 30% increase of new daily cases during the second wave compared to the peak in the first wave, which accounts for 3 million Covid-19 cases and more than 65,000 deaths between 14th February and 31st December 2020.

The Lancet said one reason for the rise was due to some countries implementing fewer public health measures such as mask wearing and social distancing.

With further waves of COVID-19 infections expected in Africa, the authors are calling for continued monitoring of COVID-19 data, improvements to testing capacity, and renewed efforts to adhere to public health measures.

With further waves of COVID-19 infections expected in Africa, the authors of the report are calling for continued monitoring of COVID-19 data, improvements to testing capacity, and renewed efforts to adhere to public health measures.

The report is the first-ever continent-wide analysis.

Which countries were most affected?

The report said that although case numbers and deaths in Africa as a whole were low compared to many other parts of the world, country-level analysis reveals particularly high incidence rates.

Out of the 55 African Union countries the most coronavirus-related deaths occurred in South Africa, Egypt, Morocco, Tunisia and Algeria.

The highest incidences of cases per 100,000 population were recorded in Cabo Verde, South Africa, Libya, Morocco and Tunisia.

Only Seychelles reported no deaths for the period.

"However, by the end of December 2020, when approximately 65% of countries (36) had experienced, or were currently experiencing, a second wave of infections, the mean number of new daily cases had risen by 30% to 23,790."

The report used data collected by the Africa CDC. Analysis of PHSMs (such as school closures and travel restrictions), in place during the same period, was conducted using publicly available data on the Partnership for Evidence-Based Response to COVID-19 dashboard and Oxford COVID-19 Government Response Tracker.

Why have cases increased?

The rise in new cases has largely been blamed on fewer public health and social measures as after the first wave standards may have dropped, which the report said was likley due to adherence fatigue and economic necessity.

“Alongside reports that adherence to public health measures – such as mask wearing and physical distancing – has decreased, they highlight the importance of continued monitoring and analysis, particularly in light of the emergence of new, more transmissible variants," said Dr John Nkengasong, from the Africa Centres for Disease Control and Prevention (Africa CDC).

“These insights also reveal a need to improve testing capacity and reinvigorate public health campaigns, to re-emphasise the importance of abiding by measures that aim to strike a fine balance between controlling the spread of COVID-19 and sustaining economies and people’s livelihoods.”

The report said it was not possible to assess the impact of new variants, including the one that originated in South Africa as case-specific data (such as age, gender and underlying health conditions) were not available.

The authors also said not all countries reported cases and testing data on a daily basis, and a variety of testing approaches were used, which may have affected the analysis.

Are vaccinations the answer?

John Nkengasong, head of the Africa Centres for Disease Control and Prevention (CDC), says African countries will eventually need to vaccinate at least 60% of the population. He says the target for this year is 35%.

Vaccine rollout has been slow in Africa and only 23.6 million doses of vaccine had been distributed on the continent, according to the Africa CDC.

Many countries have signed up for the UN-led Covax initiative, which aims to deliver tools to fight the coronavirus pandemic to developing countries and is funded by the rest of the world.

But some countries, including Tanzania and Madagascar have said they have no plans to acquire vaccines.

Many experts are calling for country specific solutions.

“As African countries continue to face the COVID-19 pandemic, innovative and homegrown solutions, including local production of vaccine and rapid diagnostic tests, stronger involvement of community workers in disease surveillance, and telemedicine, have never been more important," said Professor Yap Boum, Dr Lisa M Bebell, and Professor Anne-Cécile Zoung-Kanyi Bisseck (who were not involved in the study), from Médecins Sans Frontières, Harvard Medical School, and the Ministry of Public Health of Cameroon.

"Local solutions should ensure COVID-19 is not only a challenge that is met, but also an opportunity to strengthen health systems before the next pandemic,” they said. 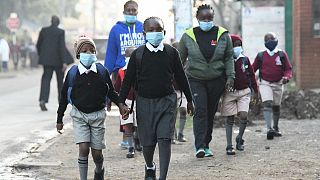 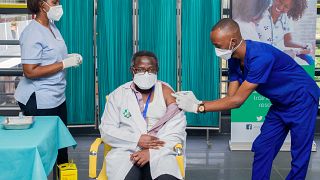