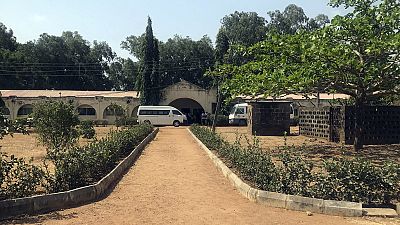 Dozens of people, including parents of kidnapped students in Nigeria protest on Monday, demanding the release of the wards.

The protesters blocked a highway outside the Federal College of Forestry Mechanization in the northwest city of Kaduna, disrupting traffic.

Before their demands, one parent led a prayer session at the scene of the protest.

"Because tomorrow they will be old and these children will be the ones to take over. Father we beg on you, we have cried enough, we have called on you. That these our children are released, these our students are released. Whoever is in authority that is not doing what he is supposed to do, Father this night that person will not have a good sleep", Godwin Abraham, Father of a kidnapped student prayed.

The protestors carried placards with inscriptions like "Bring back our children" and "Is it a crime to seek education?"

They pushed a tractor belonging to the college along the highway to symbolize closure of academic activities at the school.

Wailing mothers holding posters of their children sat on the highway and pleaded for their rescue.

"Looking at this school you should know that it is poor people that are here, poor people's children that are here. If any big man's children should be here, I mean should go to school, it's either they go to private university or they go abroad", Sani Friday, a father of two kidnapped students said.

Gunmen are still holding 39 college students who were seized from hostels in a raid on March 11. The military rescued 180 other students and staff.

Kambai Sam, Head of an association of the parents of kidnapped students, criticized the government's handling of the hostages.

"We have put our trust in the government and school authority to rescue the students in good time and safely, but that has not happened," he said.

Gangs in northwest and central Nigeria, who are known locally as bandits, have recently turned their attention to mass kidnappings, seizing school students for ransom.

Since December, at least five mass kidnappings have occurred in Africa’s most populous nation. 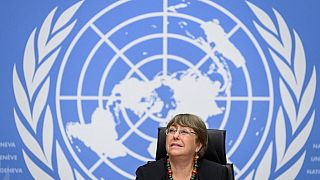