Hundreds of Moroccans protested Thursday after Algeria expelled farmers from a disputed border area where they had long been allowed to farm dates, an AFP journalist said.

The border between regional rivals Algeria and Morocco has been closed since 1994, but Algiers had allowed some 30 Moroccan farming households to use an area of farmland known to Moroccans as Arjal and to Algerians as the Laaroda oasis.

Relations between the two North African countries have worsened in recent months.

Algiers had given "Moroccan farmers exploiting these Algerian lands an agreed timeframe to leave the area" and closed the border post at midnight Wednesday evening, according to the official Algerian news agency APS.

"Algeria and Morocco have let us farm with no problems and now we don't know who to turn to," said 71-year-old farmer Abdelmalik Boubekri, adding that the date orchard had been the livelihood of his entire family.

Shops shut their doors and hundreds of people marched through the border town of Figuig, many chanting: "Our lands are Moroccan, not Algerian!"

Moroccan officials had organised a meeting with residents to "examine possible solutions to mitigate the impact" of the move, according to a government statement carried by Moroccan news site Media 24.

On Thursday, angry protesters hoping to reach the disputed area of farmland were stopped en route by Moroccan police.

Several young people accompanied the farmers, criticising the lack of work in the desert region. 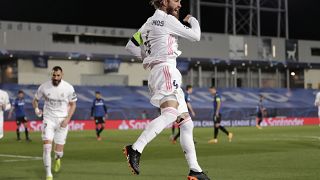